TONGS - JAZZ WITH THE MEGAPHONE?

Through an explosive debut album, a trio composed of young men, already expert musicians, set the tone for a mature record, powerful and clear in its intentions, with a precise and articulated vision of how to mix jazz and rock with strength and character in an instrumental work.

The coherence and the depth of the compositions come together with melodic developments and explorations overflowing with ideas and variations which are stunning without becoming over-thought or pretentious.

Carlo, Luca and Antonio approach all of the instruments available to them, including electronic, with a freshness, skill and curiosity. They pursue tonal developments and experimentations while never losing their way, always resulting in a direct and precise objective that is above all, full of feeling.

“Jazz with the megaphone?” brings together the exhilaration of a typical jazz trio (without harmonic, acrobatic and throbbing instruments) and a disruptive attack of tried-and-true rock formations, compensating for the lack of a “voice” with all of their articulated “voices”.

Here it must be discussed the importance of the recording studio as an “added instrument”, also found in the best rock music, which is manipulated as such that all of the songs are executed in a rich, personalized style that transcends a more limited live, one-day recording.

The music lends itself to multiple listening sessions, each time revealing more details and nuances to thrill the listener.

It would be a shame to loose ourselves here in a list of musical influences, which are numerous and varied (free jazz? Jazzcore? Punk? Avant Rock? Etno? and so forth). We like to think that the Tongs have produced an album that is brusque, vital, beautiful, emotional, appeals to mind and body, with a marked identity that both evolved lovers of rock and non-purist jazzphiles can like.

“Jazz with the Megaphone” has in fact all ready received praise from some of the best musicians and personalities in the world of jazz such as: John Zorn, Chris Cutler, Massimo Pupillo (ZU), Gino Robair, Xabier Iriondo, and Gianni Mimmo.

The Tongs much prefer playing live, where their musical and theatrical creativity is liberated, giving them a chance to astonish their audience as an “assault trio”, as they like to call themselves.

Email ThisBlogThis!Share to TwitterShare to FacebookShare to Pinterest
Etichette: musica 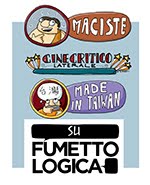 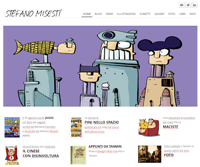 All images in this blog are PROTECTED BY COPYRIGHT LAW and may not be used, distributed or modified without credit and permission. 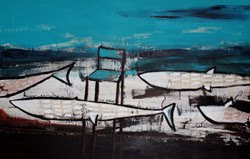 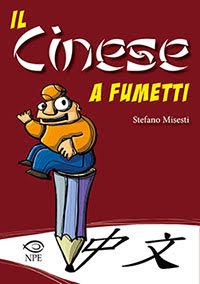 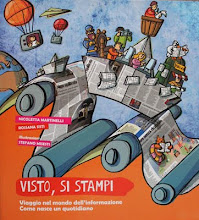 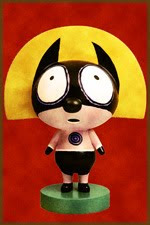